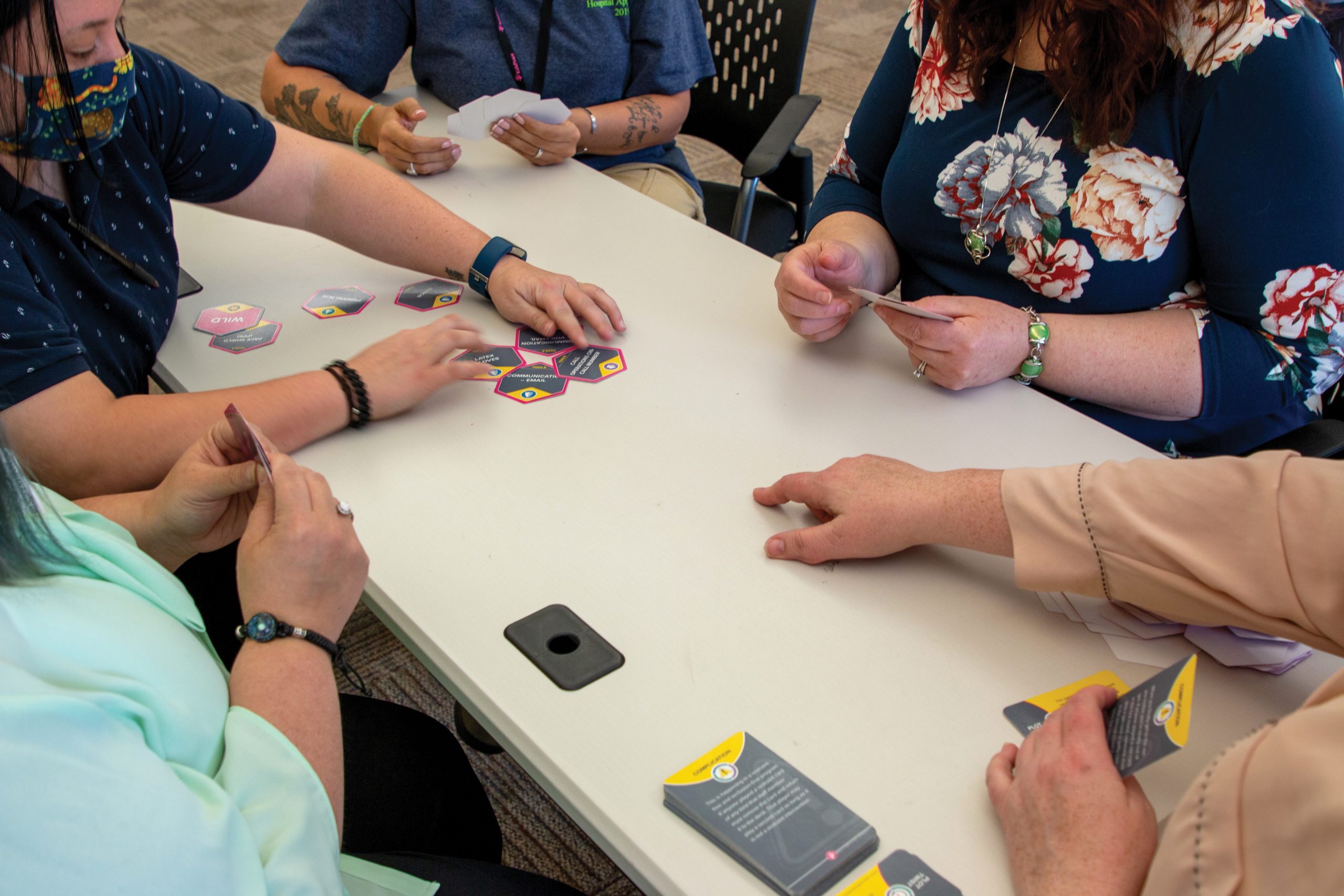 COS Play | A Game that Trains Caregivers

How do you take the need for the understanding of a concept, develop a way to teach it and then find a way to make it impactful to a large group of people without using the same recipe you’ve used so many times before?  Our newest endeavor here at KidsPeace has taken on that challenge with the creation of a fun, interactive game called C.O.S. Play.

Promoting A Culture of Safety

In 2018 a “quality workgroup” of KidsPeace associates began discussing issues regarding associate and client safety.  These issues included injuries, trends, the use of comfort rooms and comfort carts, the implementation of the intervention/de-escalation system Ukeru, and many others.  The major concern that came from this discussion was how to take so many new and existing initiatives and articulate them into one integrative strategic idea – a concept that came to be called KidsPeace’s “Culture of Safety.”

A Culture of Safety isn’t simply a few new trainings that are complete after they’re rolled out.  It has to be an ongoing initiative that changes and will continue to change moving forward.  It’s exactly what it’s called:  a culture.

After brainstorming ideas on how to move forward with the initiative, it was decided that we needed “Champions” to support the endeavor throughout KidsPeace.  Initially, these champions would get together in person for two separate meetings to support each other and to discuss the achievements and struggles during the rollout of the Ukeru intervention system.  After these meetings, the group decided its members should evolve into “Culture of Safety Champions,” with a focus on developing and implementing ideas to encourage more venues to explore the various options available for keeping associates and clients safe.

The big question then became, “How do we make everyone aware of the Culture of Safety, in an effective and meaningful way?”

The Creation of C.O.S. Play

Jodi Whitcomb, Executive Director of Quality and Training, had an idea to reinforce the concepts related to the KidsPeace Culture of Safety: turn them into a game, in which players would use the concepts to address scenarios that occur in the organization’s Continuum of Care. The first task was to come up with scenarios that would be common in a behavioral health setting, and Jodi enlisted the help of various KidsPeace associates from different departments with experience in the therapeutic program environment – including members of the Organizational Development and Training team, Quality Assurance Manager Adam Taylor and Ken Garavaglia, director of marketing.  Each person contributed scenarios that could be used in the Culture of Safety game.

The next step in its creation was to come up with all of the safety tools that our associates have at their disposal.  This not only included the trainings and systems being used but the various components of each system.  For example, tools included from CPR maybe gloves, face shields, a breathing mask, a cell phone, a tourniquet, gauze, etc.

Then there were the tools that may seem out of the ordinary, but some locations may find them very useful.  How could you use boots, canoes and a hat as tools in an unsafe situation?  These items are often what bring the humor to the game, and encourage participants to think “out of the box.” People oftentimes don’t realize how many tools they have at their disposal at any given time. Each of these tools would be made into an individual tool card.

Next, what’s a problem-solving scenario without a complication? For every scenario card, a complication was created that would throw a wrench in what was already being planned.  What happens if you’re working a shift on a module in the Hospital – and the power goes out?  Or you’re working in a location with a frozen lake, and a client runs on it and falls through?  Each scenario is designed with various programs and locations in mind, and the game’s trained facilitator can choose which ones pertain to the group they’re working with.

At this point, the game was tested with two different groups of associates- a group of tenured staff and a group of newly hired associates.  Each group had approximately five players, one facilitator and one observer. What resulted was team building at its finest, and the groups loved it.  There was laughter and silliness along with insight and enlightenment.

One observation that came out of these trials was that everyone had an idea as to how each complicated scenario could continue to go wrong.  This led to the final aspect of the game – the plot twist, an additional complication that the facilitator can choose to add to the round or not, depending on whether they believe it would be beneficial to the group’s experience.

After all of the trial-and-error test runs of its concepts, the game was officially named C.O.S. Play (a subtle reference to the growing pastime in which individuals in elaborate costumes re-enact scenarios from their favorite fantasy/syfy/graphic novel worlds).  Rendered into an artistic game design by Shawn Parker, KidsPeace’s manager of creative services, the game was ready for release.

In C.O.S. Play, the facilitator places the hexagonal tool cards face down on a table, and each player picks five cards for their hand.  For example, I may pick up

The facilitator then reads the scenario:

A freak ice storm strands several staff on the side of the road as they are trying to get into work at 7 AM.  Only late-night staff are working as kids are waking up.

As one of the players, I would pick the tool from my cards that I thought would work best in the situation.  Once everyone chooses their tool, we have a discussion as to why we chose what we did.  For example, I may choose puzzles/ coloring books for the children to use to keep themselves busy while waiting for more staff.

Once we’ve all discussed our initial responses, we receive our complication from the facilitator:

One of the staff members stranded on the way to work falls on the ice while trying to get his car “unstuck”.  He believes his leg is broken and contacts the unit for assistance.

Now we each only have 4 cards to choose from.  In this case, maybe I decide that the canoe is my best tool.  Why did I pick the canoe?  Because I believe the person is close enough to put them in the canoe and we can bring them to work where they aren’t stuck in the freezing snow. (I guarantee this would, and has, led to an animated discussion!)

The facilitator then decides that our group would benefit from a plot twist.  Our newest complication is that while all of this is happening, the power goes out.  Of course it does!  We each only have 3 cards left to choose from.  Should I play the cell phone, LSCI training or emergency food supplies?  None of them seem like the perfect solution, so I go with comfort- emergency food supplies.  I decide everyone likes to eat, so this may keep the children busy and avoid their becoming upset because they can’t use electronics.

What makes this game unique is that it’s not at all competitive.  This is a group of people working together as a team to solve a difficult situation (much like how staff works in the treatment milieu every day), and the best part is the conversations that come out of it.  The result has been extraordinary.  A copy of the game was given to point people in every program for use in staff meetings, for team building and for New Associate Orientation (NAO) and the associates seem to really enjoy it. We’ve had everything from requests to purchase their own copy of C.O.S. Play to groups asking to skip their lunch breaks in order to keep playing!

Moving forward, the current version of C.O.S. Play soon will be updated with more scenarios, more tools and more plot twists.  We’re also looking to add a “Family” version that could be used in meetings or family sessions.

Through the identification of a particular need and the contributions of a group of creative individuals, we were able to create an interactive, fun way of learning in which real people have real conversations about a real setting, and further reinforce the aspects of KidsPeace’s Culture of Safety as they play.

Barb Kendall received her degree from Cedar Crest College and has now been working at KidsPeace for 24 years.  For the last nine years she has been a member of the Organizational Development and Training team, where she is currently the Pennsylvania Training Manager.  She is among the first trained facilitators for the C.O.S. Play game. Barb is also a counselor for Teen Central and a member of the Critical Incident Response Team at KidsPeace. 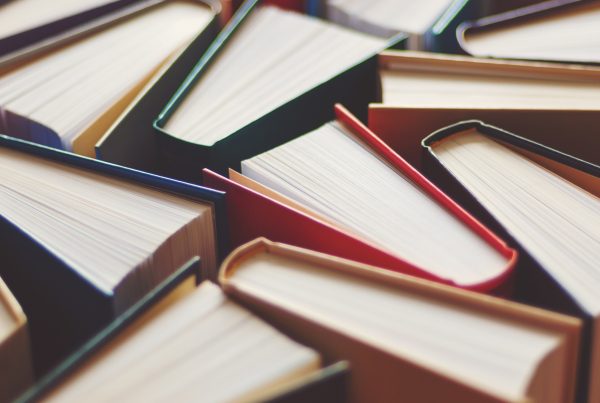 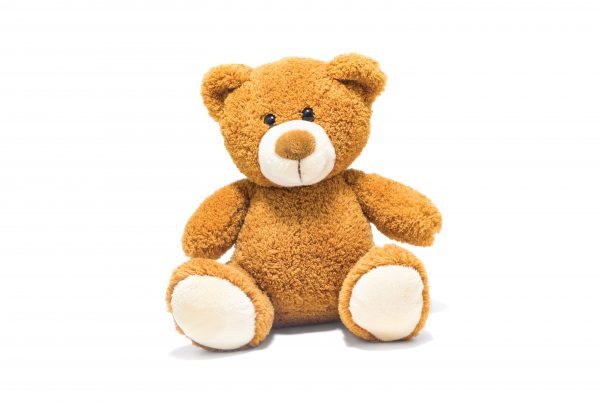 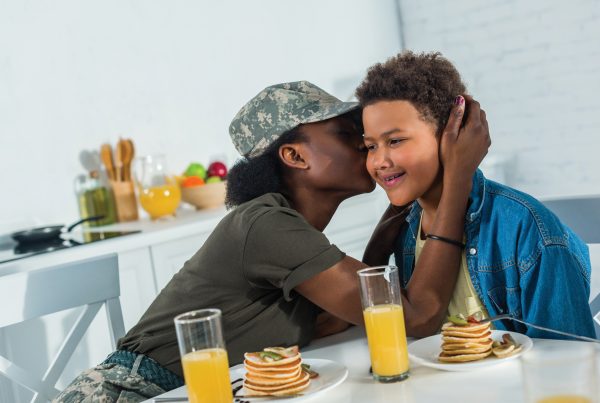