If an individual is struggling with mental health issues and wants to be seen by a professional in the field, they may have a long wait ahead of them.  Accessing needed psychiatric care in a community setting can involve very long wait times; those seeking a first-time outpatient visit consistently face wait times of anywhere from a couple of months to a full year.

KidsPeace’s outpatient clinics have tried to address this persistent gap in psychiatric care availability by offering a free walk-in assessment to anyone in need. During this session a therapist can identify the type of psychiatric care the client needs, and those in acute or immediate need can be referred to inpatient hospital care or a day treatment program.  But those in the range of mild to moderate need again will face long wait times for an evaluation – largely due to a shortage of psychiatrists.

The shortage of psychiatrists is not a new phenomenon.  Except in certain urban areas, psychiatrists now are spread thinly throughout the country, and enticing a psychiatrist to a non-urban area can be a challenge.  Furthermore, medical schools are not graduating many new psychiatrists. According to the National Institute for Mental Health, only 4% of U.S. medical school seniors applied for a psychiatry training position in 2011.  This amounted to about 700 doctors in a year in which over 1,000 such positions were available across the country.

Consider New York, a state of 20 million people, but only 3,400 licensed psychiatrists.  By comparison, the New York Occupational Board reports that the state has three times as many trained chefs, and five times as many dentists.  So, if you want to get a nice meal in New York, you can do this easily and without much of a wait.  If you break your tooth on a beef rib while eating at one of those restaurants, you may be able to see a dentist even faster.  But if you are emotionally traumatized by the experience, and require a psychiatric evaluation, you will have to wait to get care.

Worldwide, the shortage is even more acute.  There are about 3,500 psychiatrists in India, a nation of 1.2 billion people.  That is about one psychiatrist for every 343,000 people.  To put it in American terms, you would need to fill seven Yankee Stadiums (holding 50,000 people each) to find one psychiatrist in India – a country where an estimated 76% of individuals with serious mental health conditions do not receive treatment.

Addressing the need through technology

Necessity being the mother of invention, this need for access to psychiatrists is inspiring creative solutions – including the idea of telepsychiatry, or using videoconferencing to allow a doctor to conduct evaluations without being physically present. It’s an idea that seems to be gaining traction in underserved areas.

In India, telepsychiatry has provided a vital link to medical care for people who would otherwise be untreated.  The Schizophrenia Research Program (also known as SCARF) is an Indian nonprofit that provides community outreach into 200 villages in the area surrounding the city of Chennai in the state of Tamil Nadu, India.   The program sends a bus equipped with telepsychiatry capability and an onboard pharmacy into the area and treats whoever needs help and can access the service, free of charge.  Countless lives have been touched by this service allowing suffering people and their families to have access to needed treatment.

In the U.S., providers like KidsPeace have worked to gain approval for telepsychiatry, and in 2015 we received approval to begin to offer the service at four outpatient sites in Pennsylvania.    With two major insurance companies having contracted to cover telepsychiatry, we are establishing the practice across five counties in the Keystone State.

To get an idea of how the service works at KidsPeace, we turn to an individual who recently received the service at our Tobyhanna (PA) clinic – a patient we’ll call “James” (not his real name):

Telepsychiatry offers a promising new direction in the field, but it also comes with some challenges.  One such difficulty involves technology.  As anyone who has tried Facetime or Google Hangouts can attest, there are times when video conferencing does become glitchy or fail.  VSee, the service used by KidsPeace, is web-based and there are occasional delays.  However, in general it has proven reliable, and when there are problems our associates have been able to work through them.

Another challenge relates to costs.  Cost-related study of the service has produced various results.  Some believe that the upfront technology and staffing costs associated with telepsychiatry make it cost-prohibitive.  This depends of course on factors like whether the service is reimbursable and at what rate of reimbursement.  In Pennsylvania, one insurance company has established higher reimbursement rates for telepsychiatry, allowing more flexibility in its utilization. Regardless of cost considerations, the increased access to care for clients using the technology makes it valuable, even if it remains a break-even service.

Finally, some note concerns related to privacy.  Confidentiality is an ethical obligation, and fears that a web based service might become public, be intercepted, or corrupted are to be taken seriously.  It is important to note that the technology we use is certified as HIPPA compliant, so the site itself is internally secure. If the site runs via a hard-wired or private Wi-Fi connection, there is increased security as well.  There may be some concerns related to privacy if the site runs over a mobile phone network, but these types of connections are not utilized at this time.

Telepsychiatry is a promising application of technology in the field. It offers the potential to dramatically reduce wait times and improve access for individuals seeking care. While there are some concerns, these are proving minor and the benefits far outweigh the problems.

Jason Savenelli, LPC, is the Director of KidsPeace’s Pennsylvania Community Programs. A graduate of Lehigh University, he is a clinician with nearly 20 years of experience working with children and families. He has expertise in cognitive behavioral therapy (specifically REBT, rational emotive behavior therapy) as well as treatment of children and teens affected by trauma. 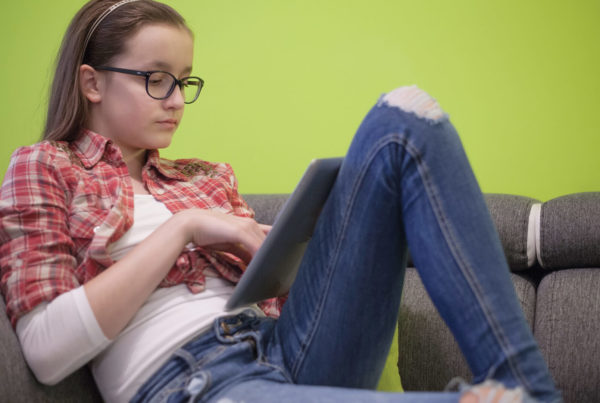 TeenCentral.Net: Director of Website Reflects on Its History and Future 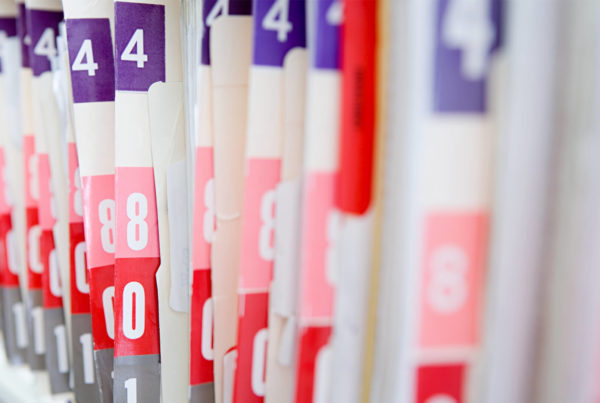 The Evolution of Quality Improvement in Behavioral Health Care 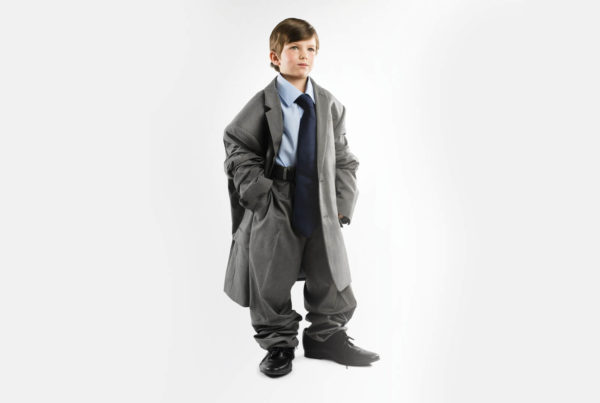 When Age is More than Just a Number