Steven Marans, MSW, Ph.D., is the Harris Professor of Child Psychiatry and Professor of Psychiatry at the Child Study Center and Department of Psychiatry at the Yale University School of Medicine. Dr. Marans has worked with Federal, state and local governments for the past 25 years on developing more effective ways for communities to respond to traumatic events of varying types – from the attacks of 9/11 to Hurricanes Katrina and Rita to mass shootings like the Sandy Hook Elementary School massacre. He discussed that work with Healing Magazine contributor Susan Worley.

Q: The Yale Child Study Center (YCSC) played a significant role in attending to the needs of children and families in the aftermath of the shootings at Sandy Hook Elementary School in Newtown, Connecticut. Could you talk a little bit about the center’s response to this horrific event?

Dr. Marans: Under the co-leadership of Carrie Epstein, Steve Southwick and myself, the Yale School of Medicine(YCSC and the Yale Department of Psychiatry) wereinvolved from the first day of the tragic shootings in the coordination of a number of important activities. Although the state of Connecticut had mobilized various mental health care providers to engage in essential tasks, many of these providers had little or no trauma-related training; because of our decades of experience, we were able to provide some much-needed consultation.

We began by advising mental health care providers on collaborating with state police and clergy to provide formal death notifications.  Next, we met with state leaders to discuss and help develop immediate responses to the school and broader community. For example, we provided on-site training and direct clinical consultation to local mental health professionals who staffed a community drop-in center for those impacted by the tragic events, as most of these very generous providers had little if any previous experience responding to the immediate impact of such a tragic, mass casualty situation.

We met with the FBI, with local agencies and town leaders, with child guidance clinics, and with staff at the Danbury Hospital (the hospital that received the victims) to help them coordinate efforts and begin to operate in a unified way in terms of addressing and identifying needs of their town. Most of the information we provided was based on protocols that we have developed over many years, as well as materials developed by the National Child Traumatic Stress Network. Throughout our involvement, our aim was to help build the capacity of the local community to respond to this traumatic event.

Q: In addition to aiding in coordination of response efforts, did you also provide treatment for children and adults affected by the shootings?

Yes, in the weeks and months that followed the event, we provided direct clinical care to many of the children and families here in our childhood violent trauma center, using CFTSI (seesidebar, Page X) and also provided longer-term treatment using Trauma-Focused Cognitive Behavioral Therapy, for those kids having more difficulty moving beyond the peritraumatic phase.

For example, one of our faculty members, Megan Goslin, was placed in the classroom of first graders who had been directly next door to the classroom of children who were murdered. In the seven to eight months she was there, Megan was enormously successful in working directly with the teachers and children to help them gain better control of posttraumatic reactions, and informing teachers about what they could do to help children who might have high levels of reactivity–for example, to sounds that they heard in the hallways, or sounds over the PA system–and a wide range of posttraumatic symptoms.

Q: With the growing number of mass casualty events in recent years, communities are (or should be) preparing their response. Do you have advice about how they might prepare?

It is perhaps most essential for a state or community to be aware of the significant impact such horrific events can have on systems of care. Understandably, mass casualty events can be very disconcerting for all responders, including officials, agencies, and members of local and state leadership, so some degree of anticipation and preparation is necessary. It’s essential to recognize that there are behavioral healthcare implications associated with the way that information is handled and conveyed, and also that law enforcement and other first responders must be not only supported, but included in the discussions from the earliest moments to follow-up, to effectively aid a community in recovery. I don’t think there are many communities in our country that are adequately prepared along those lines.

During all these phases, there should be a focus on what children need to recover, which is support from parents or caregivers, as well as an increased capacity to contain and control the symptoms that often accompany traumatic dysregulation. That means it is necessary to address the reactions of adults and help them appreciate their children’s reactions, as well as what their children may not be revealing to them about the levels of distress they are experiencing.

As a community begins the process of gaining knowledge regarding the preparation for and response to terrorism and disaster, I recommend a review of The National Advisory Committee on Children and Terrorism: Recommendations to the Secretary (2003), a report that brought together experts around the county, who carefully considered the best ways to be prepared for and to respond to mass casualty events.

Q: You are frequently contacted by the media for comment in the wake of mass casualty events. What kind of advice do you typically provide?

I often use an analogy to help explain what I think people need most in these situations:  Imagine having a serious physical illness, when feeling unwell is compounded by the heightened anxiety that can occur when we do not understand what ails us. We all know that at these times, there is a big difference between receiving from health care providers very abbreviated treatment recommendations only, and being helped by them to understand the nature and course of the illness and the reasoning behind the planned intervention. In this latter approach, gaining a better understanding may not always be reassuring, but can be very grounding. Such information can provide a frame of reference to help all of us think in a more realistic way about our experience of being ill.

Similarly, when our team is approached by the media about potentially traumatic events, our primary goal is to provide information that can help the audience to make sense of their own personal reactions as well as those of others in the affected community.

Q: Many people across the country, and even around the world, were shaken up by the Newtown shootings, so there must be quite a range of responses—for example, among television viewers– in the wake of a horrific event.

That is exactly right. Responses to these horrific events actually occur along a continuum. Typically there are a wide range of responses and different degrees of response depending on the details and immediacy of the individual and group experiences — from truly traumatic dysregulation to shared, community-wide upset and distress.

It is important to remember that the extent to which one is able to identifywith the individuals who are most directly impacted has a huge impact on the extent or degree of our reactions. So, if you hear about shootings that happened in an inner city neighborhood in Chicago, if you don’t live in that neighborhood you may be able to turn more of an emotional blind eye to the event, because it’s hard to imagine it happening close to your own doorstep. However, when a horrific event occurs, and particularly when there are mass casualties, it may more readily tap into the shared fears that we all have as human beings: fears of one’s own death or that of  someone we love; damage to our bodies; and loss of control of our impulses, thoughts, and feelings.

When external forces of violence, destruction and terror—both natural and human – cause the touchstones and routines of daily life to collapse, individuals may respond in ways that are somewhat predictable. It is common, for example, to seek a single culprit or enemy, meaning one answer that is going to solve the overwhelming problem that has created so much distress. People also may engage in a range of behaviors that, while understandable, are not helpful to the process of stabilization and recovery.

Q: So one goal in providing information to the media is to help people understand their own responses to trauma?

That’s right. We try to give information about typical responses that both adults and kids may have, as well as a list of things that they can do in response. For example, let’s take a common behavior that occurs particularly when events affect the nation or an entire community. Under these circumstances, people tend to tune in to the media in a way that is at some unconscious level an attempt to get more information to master what is unbelievable. The problem is that actually too often that doesn’t help, and in fact tends to only heighten the reactivity and levels of arousal that individuals experience in the wake of a horrific event. Moreover, the attempt to get more information often is not successful, because the media is often repeating the same information over and over, and in many cases prematurely. So rather than satisfying the consumer’s attempt to gain mastery over the situation, compulsive television viewing may actually do the reverse.

Community and national leadership can help to ease this pitfall by regularizing the timing of press updates and stating clearly when there is nothing new to report. However, the public may be better able to put the breaks on their own compulsive viewing when they are aware of the costs paid for a counter-productive, media-driven search for mastery of reactions to highly distressing events. Alternatively, turning to each other and articulating shared concerns, while hard, can be most effective in beginning to turn the volume down on our most intense reactions when our worst nightmares come true.

It is the same with the disruption of routines. Time and time again we have seen that in the wake of a traumatic event both children and adults, depending on degree of impact they experience, can veer away from routines to a considerable degree. However, in the wake of potentially traumatic, tragic and frightening events–the unanticipated, unpredictable convergence between real life and our worst nightmares– it is essential that, in moving toward recovery, one is able to return to routines, no matter how difficult that might be.

(Part Two of our conversation with Dr. Marans)

Susan Worley is a freelance medical writer who resides in Bryn Mawr, Pennsylvania. In recent years, she has written cover stories on hospice (for Managed Care magazine), Alzheimer’s disease, lung cancer, multiple sclerosis, and pain management (for Pharmacy and Therapeutics) and on trauma (for Penn Medicine). Email: sworley12@outlook.com 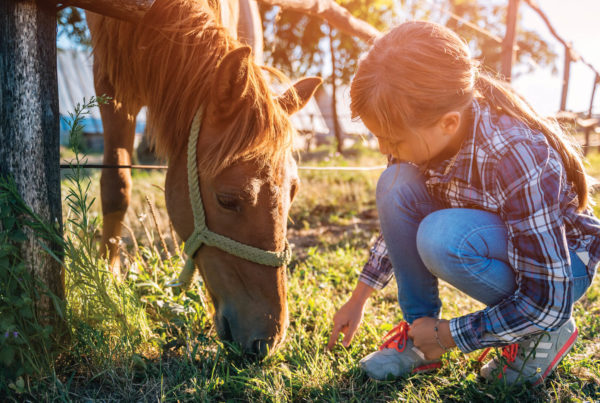 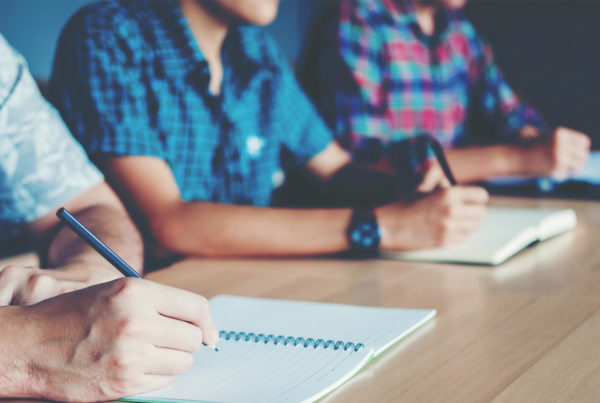 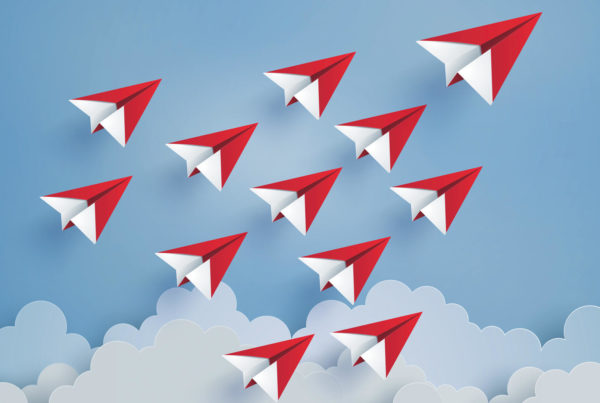 Moving towards a more effective treatment model for Substance Use Disorders