Changing the Story for Victims of Domestic Sex Trafficking

When it first began, Alice* was around the age of 12; she would do things in order to “cope” with her reality – like taking drugs and passing out for what she remembered to be  “days at a time.” She saw her behavior as a call for help; however, she never imagined who would answer – a man in his early 20s, who told her everything she wanted to hear: “You’re beautiful,” “You’re amazing,” “I will always take care of you.”

Then it started going wrong.

She thought she was one of the people he deemed “off limits”.  Then, at his house, she felt someone on top of her.  She awoke to someone raping her.  She went to him to save her, only to find he intended to traffic her.  From there, her story went from a fairy tale to a nightmare; at first she was just offered to his friends,  but then it became her duty to do anything he ordered so as to “pay him back for everything he did for her.“

She had being trafficked for 3 years by the time she came into the trauma treatment program.  She felt that she had just done what she needed to do to survive.  While in treatment she would act out, become aggressive, and would reject anyone who tried to form a bond with her.  She was not willing to engage in treatment and would normally walk out of therapy if she felt she we were going too deep into her story…

(*not her real name)

Commercial sexual exploitation of children (CSEC) is not something that only happens “somewhere else.” Wherever you may be in the U.S., CSEC is happening not too far from you.  While international sexual exploitation has made headlines, most of the minors who are victims of sex trafficking in this country are Americans. CSEC, therefore, is also known as Domestic Minor Sex Trafficking.

How Does This Occur?

Victims can be groomed into the industry by a pimp who poses as a boyfriend, or they can be used by parents to trade sex with drug dealers for drugs, or they can be trafficked through physical violence, torture, starvation, threats, psychological abuse, and debt bondage. Most victims come from low-income areas with limited access to education and employment. They may also be defrauded with promises of shelter, food, or work and income, including promises of jobs in modeling and dancing. Potential victims may be personally approached in public place like a shopping mall, at a motel, or on the street.  They may also be recruited by online ads.

To be sure, it is difficult to get a reliable estimate of the scope of the CSEC problem:

Those who are most at risk are those who run away from home, those in the foster care and protective services systems, and those who have a history of abuse. Every year, between 450,000 and 2.8 million children and youth run away from home or are thrown out of their homes; LBGT youth are especially vulnerable to trafficking, since they are more likely to be thrown out of their home, run away, or feel alienated from family.  Further, it is known that there is an organized network which rapidly moves victims to states with more lenient laws.  Miami, Portland, and Las Vegas are the cities which have had the most arrests, investigations, and rescues.

Arrest data can also be used as a source of information about prevalence. Multiple federal and state agencies are involved in prosecuting for human trafficking, and this complicates the estimates of the number of victims impacted. However, between 2007 and 2014, there were 12,508 reported cases of sex trafficking (including adult victims).  In 2014, the National Human Trafficking Resource Center (a federal center under the Department of Health and Human Services) responded to 1,598 cases of sex trafficking, made up of 90% females and 37% minors.

What Happens to Victims?

Victims struggle with a potential life-long need for support and treatment.  Along with sexual abuse, traffickers will use violence and emotional “chains” to keep their trafficked victims trapped in the life.  They will experience multiple layers of abuse that includes fear of retribution for any contemplation or discussion of escape.

These events leave scars that are unable to be seen.  These trafficked individuals have significant mental health issues that often get ignored due to the unfortunate response of a criminological nature.  While most suffer from anxiety, PTSD, depression, substance abuse, eating disorders, lack of trust, and broken attachments, many areas continue to view these victims as perpetrators themselves and treat them as such.

Due to the behavioral responses often displayed by these individuals, due to brain chemistry changes, and changes to the flight/fright/freeze responses cause survival mechanisms, such as aggression, drug abuse, dissociation, increase risk taking, stealing and running away, people tend to only look at what is happening rather than whyit is happening.

With the lack of support, and current way in which society views victims as perpetrators, treatment options are few and far between which leads to the cycle of trafficking continue. While many estimates help to identify those looking to get help, the truth is, the real numbers cannot be estimated as the individuals that truly need the most help, currently in the life, are not accounted for.  When not treated, those who were victims as minors are likely to commit more serious crimes as adults.  Over 70% of female inmates in US prisons were first arrested for engaging in criminal acts related to having been trafficked.

The Victims of Trafficking and Violence Protection Act (VTVPA) of 2000 defines human trafficking, in part, as “sex trafficking in which a commercial sex act is induced by force, fraud, or coercion, or in which the person induced to perform such an act has not obtained 18 years of age.” Commercial sexual acts, in turn, include prostitution, pornography, and stripping. The VTVPA established two major federal agencies—the Office to Monitor and Combat Trafficking in Persons and the Interagency Task Force to Monitor and Combat Trafficking.  The VTVPA was reauthorized in 2003, 2005, 2008, and 2013 with amendments and improvements.

Another law passed in 2003, known as PROTECT (Prosecutorial Remedies and Other Tools to End the Exploitation of Children Today), facilitates criminal prosecution of those engaged in the sexual exploitation, including online child pornography.  And in 2014 Congress passed the Preventing Sex Trafficking and Strengthening Families Act, requiring states to identify at-risk children with a focus on those in foster care. (For more information, see “Legislative Initiatives to Combat Trafficking” on Page XX.)

As for state laws, Washington state was the first to criminalize human trafficking – but surprisingly did not do so until 2003.  Prior to laws specifically geared toward trafficking, criminals were charged under laws related to violence and slavery.  Interestingly, New Jersey passed an anti-trafficking law in 2014 after the Meadowlands Sports Complex was chose as the site for the 2014 Super Bowl, since major sporting events are known to be venues for sex trafficking.

While laws and policies can facilitate prosecution of sex traffickers, more needs to be done to prevent these crimes in the first place. Approximately nine million people meet the criteria for sexual addiction in the United States, and about 40 million people access pornographic web sites daily.  Despite this, only 1,500 therapists specialize in the treatment of sex addiction. Additionally, secondary prevention needs to occur by ensuring that victims have life skills which can offer them an alternative to continuing in a life of crime and victimization.

Identification of victims is often difficult, and multiple professionals and agencies often work together to identify these individuals, as the crime occurs in isolation and secrecy. Twenty-nine states either mandate or urge law enforcement officials to be educated about sex trafficking.  Officials in additional state agencies such as social services, housing, and education, may also be trained in antitrafficking.  Victims may seek out help in domestic violence shelters, community health clinics, and emergency rooms. Training workers in these setting to identify victims and report incidences of sex trafficking helps with law enforcement efforts. Community members are also helping out.  A non-profit group called Truckers Against Trafficking works through trucking schools, trucking companies, and truck stops to educate trackers on how to identify trafficking and how to report it when they suspect it.

Additionally, secondary prevention needs to occur by ensuring that victims have life skills which can offer them an alternative to continuing in a life of crime and victimization.

When dealing with individuals who have been trafficked, treatment approaches that work help the victim become a survivor and then a thriver.  This is done by focusing on specific skills in treatment to help increase the sense of safety and help identify/build healthy relationships.  Therapists need to understand that many of these individuals gained their knowledge of sexual development through pornography, abuse or coercion, so they need to be comfortable in teaching healthy sexual development.  After building a therapeutic relationship, the next goals include working together on Emotional Regulation/Expression, Cognitive Processing and Coping Strategies, Self Empowerment, Family/Support Relationship Building and Life Skill Development.

In order to truly provide hope, help and healing, treatment needs to be beyond the just the mental health component.  Life skills development can enrich children and young adults that have experienced trauma by providing enhancement to life skills through the use of local community programs and resources, and “re-learning” of appropriate social relational skills in community, with family, and others is essential to moving forward.

Together, these approaches will help to empower victims to see themselves as more than just their trauma…

… One day, Alice was caught attempting to sexually act out with another peer.  When in session following the incident, she began to shake and cry.    She said that she had run out of laundry detergent and had no shirt to wear.  She asked her “friends” to borrow a shirt, and they said she would have to perform a sexual favor for it.  She said yes, as was her norm; using her body and performing sexual acts had become her currency and it was nothing to her.  After she was caught, though, she said it hit her: she realized that to herself she was not worth more than a shirt, and she wanted to feel she was worth more.

At that point she began her journey to recovery.

As her journey continued, she would say that on that one day, she had a new fear: that she would view herself again to be less than a shirt.   The fear motivated her during even the darkest times, driving her not only to feel control over her story but actually become more thanjust that story.

Today, Alice has been discharged successfully from treatment.  She hopes eventually to become a therapist, so she can use her experience to help others become more than their story as well. Dominick DiSalvo, M.A., LPC is Senior Director of Clinical Services for KidsPeace’s Pennsylvania residential program, overseeing all aspects of clinical treatment in the program to ensure quality, integrity and coordination in the residential program.  DiSalvo holds a master’s degree in clinical counseling from LaSalle University and is a Licensed Professional Counselor.  He has worked in a variety of clinical and supervisory roles since joining KidsPeace in 2012. Cheryl Arndt, Ph.D. is the Director of Performance Improvement at KidsPeace. She is on the Board of the American Psychological Association’s Section on Child Maltreatment and peer reviewer for Psychology of Women Quarterly and the Journal of Special Populations. She enjoys volunteering with her certified therapy dog, Merlin, at KidsPeace’s Trauma Program. 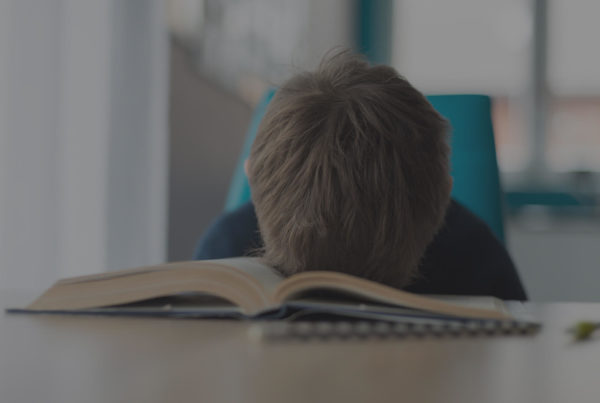 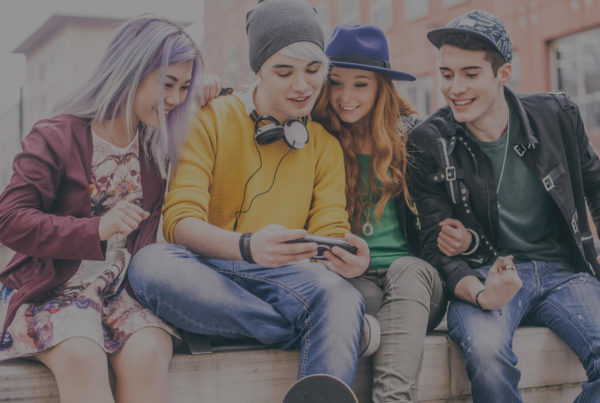 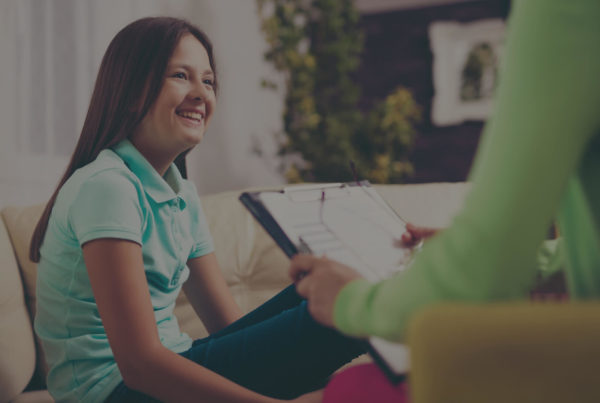