In my earlier article, my aim was to increase parental awareness of the dangers of excessive social media overuse, cyberbullying, and sexting/soliciting via social media. In fact, these remain the most significant issues. But in this article, I want to emphasize that parents must take responsibility for providing the necessary supervision and support in this digital age.

When it comes to social media, most parents have heard of “sexting” but have never heard terms like “catfishing” or “rinsta.” (For the record, “catfishing” is creating fake profiles to lure individuals; a “rinsta” is a real Instagram account, as opposed to a “finsta” – a fake one teens create to keep parents off their backs.) According to studies with Common Sense Media, 30 percent of teens who are online believe their parents know “a little” or “nothing” about what social media apps and sites they use. Decades of research show that parental lack of supervision and a child’s exposure to deviant peers remain the two greatest factors leading to risk-taking and adolescent problem behaviors. Attention to a teenager isolating on their device may lower substantially a general risk for teenage depression due to overuse.  The detrimental effect of neglect and competition of parental attention due to parental social media use is being closely examined, but harm can be substantial, especially in regards to infants, toddlers, and young children.  Young toddlers frustrated for attention from a parent glued to Facebook may be most at risk for indirect harm from social media.

Since 2012, the most significant update in expert recommendations is for parents themselves to put down their smartphones. In my first article I emphasized: Don’t avoid the technology you don’t understandbut now I have to add: Don’t overuse the technology you DO understand.

Many parents have questions on when to intervene with restrictions for access/content or monitoring applications, and when to address your adolescent with knowledge of gained private or public social media information. I recommend a developmental and individualized approach, considering your child’s past response to limit setting, degree of impulsivity/risk taking, and actual severity or evidence of your safety concern when making these decisions. Start using apps together when your kids are young, openly monitor and avoid spying, and discuss with your kids any concerns and various options (like setting three levels of increasing interventions dependent on compliance) to be communicated to the early teen in a joint plan for safe social media behaviors.

I can’t believe how, more than ever, these tips apply to my middle schooler who has his own smartphone and Instagram account, as well as my two elementary children playing increasingly social online video games like Roblox and searching the Internet. It takes time and attention to share the same media, play the games, and search the internet alongside them.  Relying on authentic, positive parent-child relationships and conversations are the strongest recommendation for “getting the scoop” and setting limits on social media.  Basically, parents who have taken the time to engage with their children frequently and openly will likely be kept in the loop of emerging dangers – instinctively noticing changes in mood, anxiety, and self-esteem and engaging the kids about these concerns to discover if they relate to social media use.

Many clinically severe situations of depression and anxiety in teens arise long after parents were initially aware of conflicts with peers on social media that left their child feeling excluded or bullied. Early parental follow up is important so the pattern does not fester into larger clinical issues. In addition, parents must have a general idea of the amount of time that their kids spend online, especially in isolation. Excessive screen time is strongly associated with obesity, sleep disorders, and academic difficulty. In 2016 the American Pediatric Association set recommendations for isolated screen time at one hour a day for children 2 to 5 years old, to emphasize the developmental importance of face-to-face social interactions.  They did not recommend a specific time amount for older children, recognizing the many positive aspects to screen time at that age.  Instead, the guidelines emphasize:

Even interacting with social media together on the same device provides greater positive family influence than individuals on separate devices in the same room.  (Given that some parents reading this article may be in situations regarding inappropriate social media use and safety, more aggressive interventions like strict controls on WiFi routers, random smartphone audits, and ghost monitoring applications may be needed to get a kiddo back on track.)

In the case of my twelve year old, I have been actively engaging him about his Internet use for a few years now. According to a Pew research study, only 39 percent of parents report using parental controls for blocking, filtering or monitoring their teenager’s online activities, while only 16 percent use parental controls to restrict their teenager’s use of his or her cellphone. Most parents in the study report an increased amount of monitoring in late childhood to early adolescence then a gradual stepping back. I recommend this approach;children feel less conflicted when they know they are monitored into middle adolescence. By middle adolescence (14-15 years old), more isolation from parents is expected and normal as the focus towards peers shifts to build independence with increasing demand for privacy.

To a large degree, prioritizing peers and taking social risks is necessary to move toward young adulthood.  Digital social interactions have just become more immediate and consequential to experiment with these age-old strategies and unfortunate stupidities. This virtual reality is not always forgiving when reality sets in with embarrassing posts, sexting, and harassment that can be “screen shot” and “go viral” with consequences.

My best recommendation is to let them know early that you arethere, aware, and careabout their digital footprint.

So in preparation for a teenager, I took my own advice and talked to him about “catfishing” and “finstas.” I got up to speed with the best safeguards for younger kids and pre-teens such as “Circle with Disney” and the “Clean Router” that automatically blocks internet pornography.  A number of intense undetectable monitoring applications do exist, but I recommend avoiding them if possible to rely on the “talk early not the tech late” approach.

A number of tricks are used by teens to counter parental monitoring – such as hiding contra-apps in file folders or having password protections for privacy embedded into certain social media sites like Facebook private groups. Storage apps like Vaulty have various passwords for different levels of access and fool a parent demanding “the” password.  Meanwhile, parents may look for “red flags” such as a cleared search history or an unexplained spike in data usage.  Certain apps such as Bark can monitor 20 different social media platforms to alert parents to potentially risky behavior. Another app called TeenSafe links parents’ and their teens’ phones monitoring phone calls, emails, texts, social media use and geolocation.

Whether using tools or not, the point is to be engaged not to control. Remember, the goal is to guide the teen to become an adult who can control themselves. If tools are needed to inform the conversation, go ahead and use them, but realize your attention is still going to be the code to unlocking the teen brain, at least for now.

Andrew R. Clark, M.D. is a board-certified psychiatrist in adult and child & adolescent psychiatry. He earned his medical degree from Drexel University and did his residency and fellowship at the Medical University of South Carolina. Based in Orefield, PA, Dr. Clark is affiliated with KidsPeace Children’s Hospital. 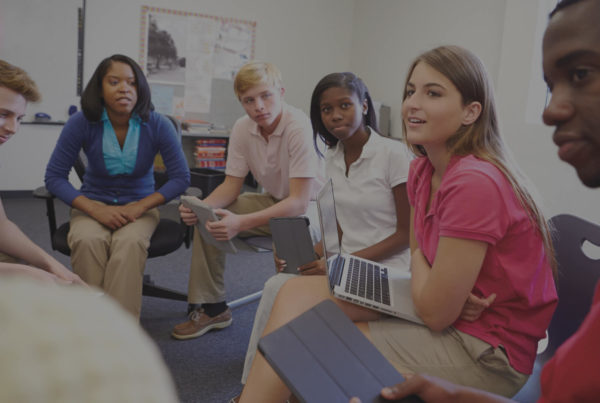 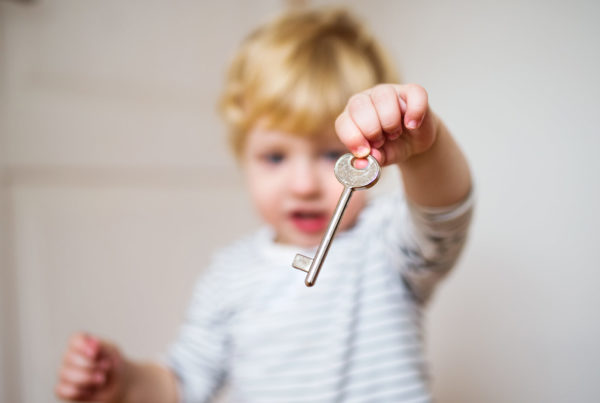 Keys to Success in Education for Foster Children 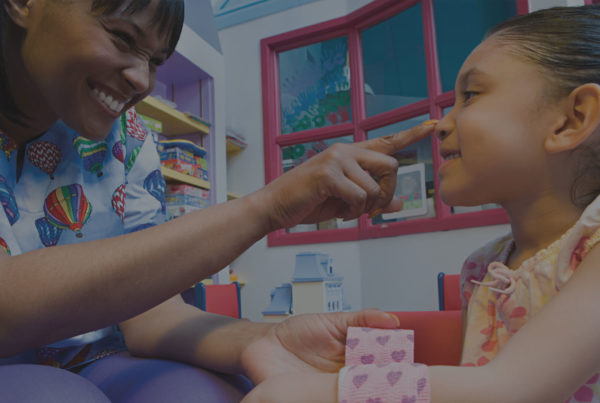