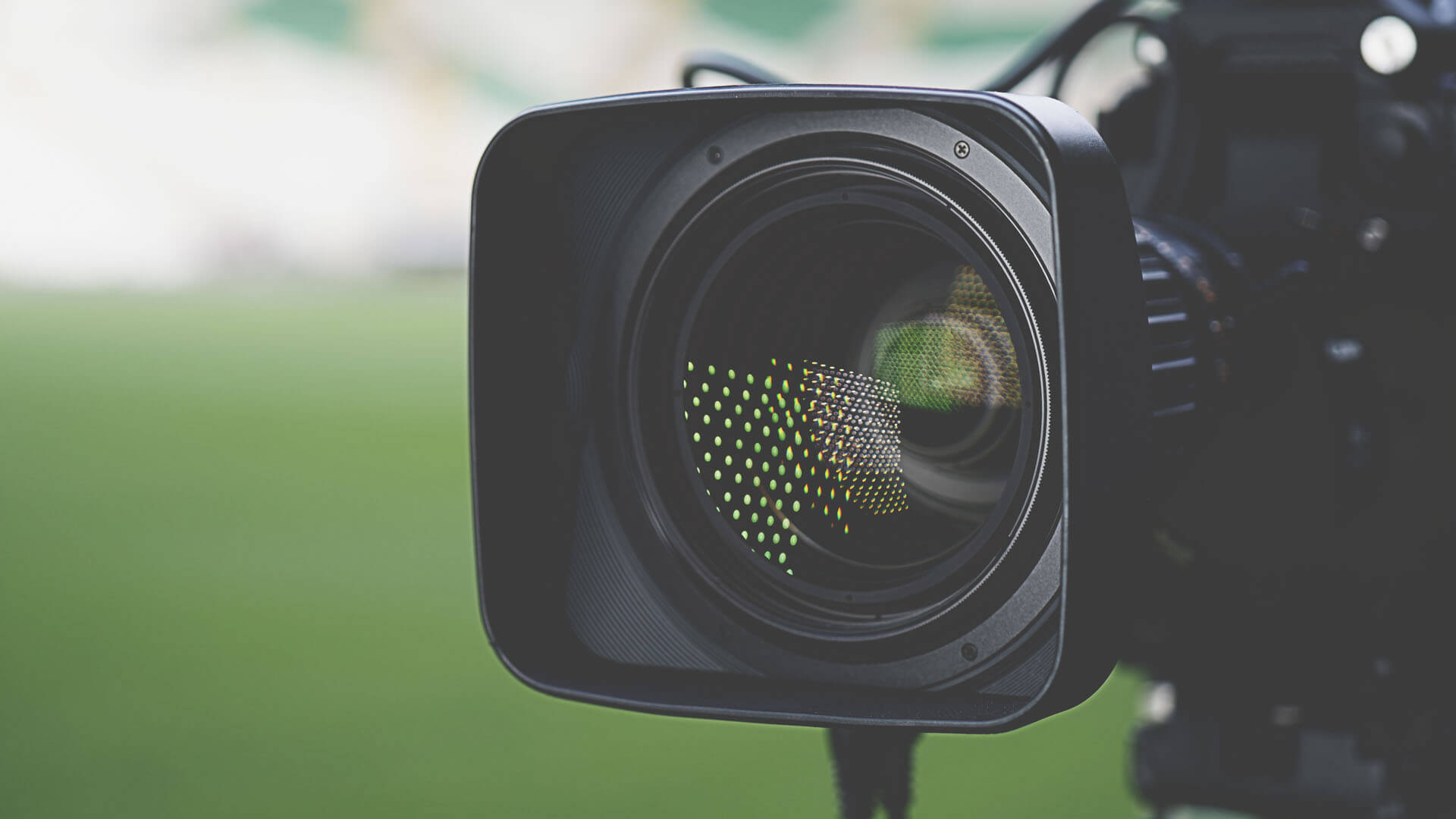 6 Ways Media Can Change the Script on Stigma

Media is missing the mark on mental health. That’s the major finding from a 2019 research project that analyzed many of the popular films and TV series.

Researchers from University of Southern California’s Annenberg Inclusion Initiative studied 100 top-grossing films and 50 highly rated TV series, in partnership with the American Foundation for Suicide Prevention (AFSP) and funded by The David and Lura Lovell Foundation.  They found that characters with mental health conditions are rarely seen in popular culture and when they are shown the portrayals often perpetuate stigma that can prevent people from seeking the help they need.

Here are six ways media can begin to change the script on the stigma that surrounds mental health.

According to the study, out of almost 4,600 characters in films, fewer than 2% experience a mental health condition on screen. Even though rates were higher on television at 7%, both TV and the movies underrepresent mental illness. (According to the National Alliance on Mental Illness (NAMI), almost 20% of the U.S. population experiences some form of mental health condition or illness each year.)

By showing more characters on screen and their everyday struggles, popular media can send a critical message to the public: You are not alone.

2. Include characters from diverse backgrounds.

Mental illness and mental health conditions have no boundaries when it comes to race, gender, or socioeconomic class. NAMI reports that 16% of black adults have experienced mental illness in the past year. According to a 2019 report by a task force from the Congressional Black Caucus, the suicide rate for black youth is rising faster than any other racial or ethnic group. It found that suicide is now the second-leading cause of death for black children and teens ages 10 to 19.

You may not expect a network primetime sitcom to tackle this stigma head-on, but that is exactly what ABC’s black-ish and its spinoff series grown-ish are doing. The program not only shows a lead character experiencing post-partum depression, but directly addressed the stigma that people of color don’t experience mental illness.  The character Dre Johnson (played by series star Anthony Anderson) voices the stigma against seeking help when he says, “I don’t need therapy. I’m not mentally ill.”

Additionally, members of the LGBT+ community remain virtually absent from media portrayals of mental health conditions. According to the report, “The lack of LGBT characters shown in this capacity is striking, as the National Association of Mental Illness indicates that mental health conditions are nearly three times more likely to occur among members of the LGBTQ community.”

Mental health is frequently stigmatized in film and TV. THE USC report found that characters with mental health conditions are shown being disparaged, made fun of and as concealing their mental illness from others.

Alarmingly, 46% of film characters with a mental health condition were perpetrators of violence, reinforcing one of the most common stigma around mental health.

This particular stigma shows up again and again, most recently in the Academy Award-nominated film Joker. This controversial depiction shows the daily suffering of Joaquin Phoenix’s Arthur Fleck, yet conflates his serious mental illness with extreme violence. This misconception is also portrayed in other films such as Silver Linings Playbook and A Beautiful Mind, which have been praised for their otherwise accurate and positive depictions of mental illness.

Among their recommendations, USC researchers urge media creators and producers to ask, “Is unnecessary stigma being depicted?”

The authors of the report offer other strategic solutions to change our storytelling and to create authentic, nuanced and safe portrayals of characters with mental illness. They specifically advise producers to show people seeking help.

Depictions of treatment and different kinds of therapies, including medication for mental health conditions, offer an important message to audiences that effective treatments are available. This is especially important because current research indicates that only 50% of the people experiencing mental illness are actively seeking treatment.

BBC and Hulu’s hit series Normal People has been one of 2020’s biggest breakout hits. Based on the novel by Sally Rooney, the series follows the complicated relationship between Connell and Marianne as they navigate through high school and college in Ireland.

The series has earned critical acclaim for a variety of reasons, including how it handles mental health. The series devotes an entire episode to Connell’s help-seeking following the suicide of a friend, confronting deep feelings of loneliness, anxiety and helplessness that viewers witness throughout the show’s 12 episodes. A friend encourages him to try therapy, which he does, and the program then shows his gradual progress with the help of medication, which leads to the next way that media can break the stigma on mental health…

NAMI notes that “People tend to believe that psychiatric medicine is harmful. Or they believe that medications are simply ‘happy pills’ and ‘an easy way out’ for those with mental illness to avoid dealing with their problems. This is simply not true.”

In a recent interview with Oprah Winfrey during Oprah’s 2020 Vision Tour, Lady Gaga shared her own hesitations around taking medications – and conversely, their positive impact on her life. “I know that this is controversial in a lot of ways,” she tells Oprah. “But medicine really helped me. I think a lot of people are afraid of medicine for their brains to help them, and I really want to just erase the stigma around this.”

Media can play a critical role in showing accurately the safe and responsible use of psychiatric medications as one part of an effective treatment plan.

Too often films show a happy ending, perpetuating the myth that if you feel better, or find love, you are cured.

ABC’s hit series This is Us effectively shows one of the lead characters Randall Pearson successfully meeting demands at work and at home, while continuing to experience the symptoms of anxiety and panic disorders. It also shows how parents can openly and honestly talk to their kids about mental health.

Producers should take their cue from films and programs that get it right. By continuing to show more characters with mental health conditions seeking help and  leading successful and happy lives, media can play an important role in changing the script around the stigma that surround mental illness.

Laura McHugh is a two-time Emmy®-award winning journalist with more than 15 years of experience in commercial and public media. She is an adjunct professor at Cedar Crest College, and her courses include Media Literacy and Mental Health and the Media. 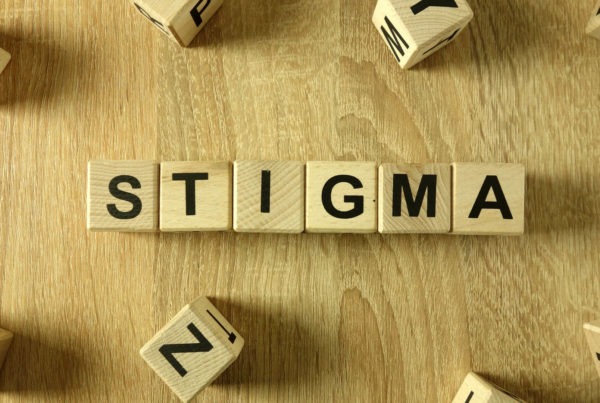 Words Matter | How to Protect Your Child from Stigma 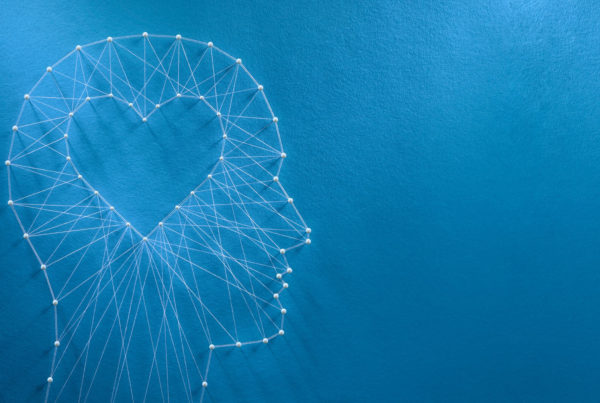 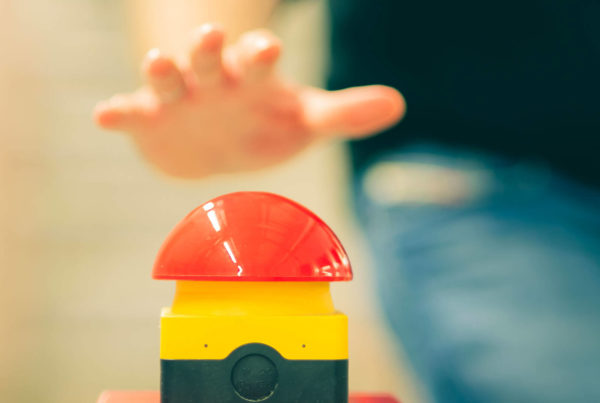 The Answer is | Bringing Change to Mind for Youth